The IBL, nee The Intercounty Baseball League, has been around for a century. Literally. And 2019 marks the 101st season of baseball and makes the IBL the oldest men’s amateur league in the country.

For the past few seasons there has been eight teams but 2019 marks a change as for the first time, the IBL will be in Welland. That franchise spent the last 10 years in Burlington as the Bandits but moved to greener pastures this year. It’s worth noting that this is not the first time the IBL has been in the Niagara Peninsula as there was a team in Niagara Falls in the 1990s.

When a league has been around for a century there is a story to tell.

The League began in 1919 with just four teams, Galt, Guelph, Stratford and Kitchener. Despite a rocky start the Inter County managed to survive its first season.

Soon after the league doubled in size with teams in London, Brantford, Preston and St. Thomas joining at various times.

By the mid 1930s, the Intercounty had established a reputation as one of Ontario’s best amateur leagues. In fact when Stratford won the Ontario Baseball Association title in 1934, it was the League’s fifth (OBA) title in a row.

The league survived the Second World War even though many players joined the armed forces. After the war, the league became professional in everything but name.

The Intercounty was considered by the professional ranks as an “outlaw” league at that time. The bidding war for players was fierce, and many ex-major league players came to Ontario looking for a few last baseball bucks.

So many came, in fact, that the League was considered on a par with many minor pro leagues. This was long before baseball games were on television and great crowds came out to see the games, which were played under floodlights for the first time in the 1950s.

The senior league appointed its first commissioner, John Gillies, a London lawyer and former pitcher in the league.

While the crowds may have been great, the era of paying players nearly killed the IBL. The late 1950s and early 1960s were the toughest era as teams came in and dropped out and in 1962 and 1963 the Intercounty had just five teams – it’s lowest total ever.

In 1964, things started getting better.

It was that year when Stratford rejoined the League as the city went on to become one of the league’s premiere franchises. In 1969, the IBL welcomed Toronto to the league. This was after the historic Toronto Maple Leafs minor pro franchise folded and left the International League (AAA).

In 1977 major league baseball came to southern Ontario. So did TSN and baseball was on television almost every day. Regardless, the Intercounty continued on. There were never fewer than eight teams in the League over next two decades.

Waterloo returned in 1978 and the league hit a high point for teams in 1979 when the Windsor Chiefs joined.

It took a lot of dedicated people to run the league in this time period.

Two of them, long time commissioner Reuben Halpern, who was in office from 1970 until 1986, and secretary Lorne Hamel were honoured by having the league’s two divisions named after them in 1982. Hamel was the secretary from 1962 to 1997.

The league was suddenly down to six teams in 1998 after Stratford folded however St. Thomas rejoined for the 2000 season followed by two expansion teams, the Barrie Baycats in 2001 and the Oshawa Dodgers in 2002, which brought the number of teams back up to nine.

The league ventured into Eastern Ontario in 2010 with the admission of the Ottawa Fatcats, replacing the Oshawa Dodgers who suspended operations following the 2009 season. Ottawa dropped out following the 2012 season as the city chose to pursue a minor pro team for 2015.

The IBL is certainly Ontario’s premier men’s baseball League and one of the best leagues in the country.

Over the years such familiar names as Ferguson Jenkins, Chris Speier, Jesse Orosco, Larry Landreth, Mike Kilkenny and Mike Gardiner have played in the IBL but it isn’t just former major leaguers who have thrilled fans.

The league honoured its top 100 players at a banquet in 2018 and the majority of the players receiving gold bats worked during the day and played in the IBL at night or on the weekend. People like Arden Eddie, Bill Byckowski, Tom McKenzie, Denis Flanagan, Bob McKillop, Dan Collison, Alf Payne, Ron Stead, Doug Landreth and Russ Brahms. It’s these players, and players like them, that are the real heart and soul of the IBL.

The modern era has seen some great dynasties. During the late 1980s and early 1990s the Stratford Hillers won six times in a span of nine years. The Brantford Red Sox also won six times, but that was in a row, beginning in 2008.

That dynasty was brought to a close by the Barrie Baycats in 2014 when they won their first title. Barrie won the next four titles and now they have five titles in a row. 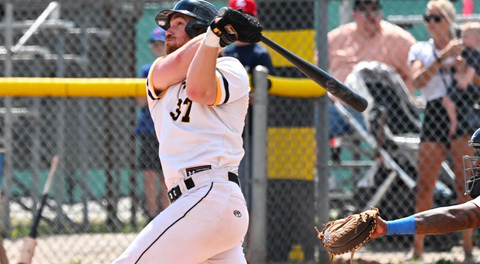 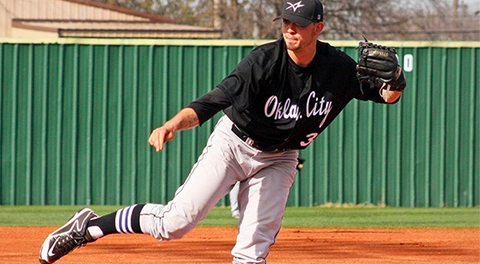 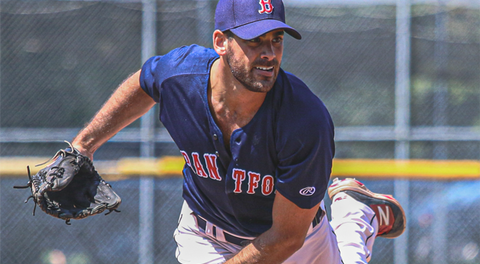 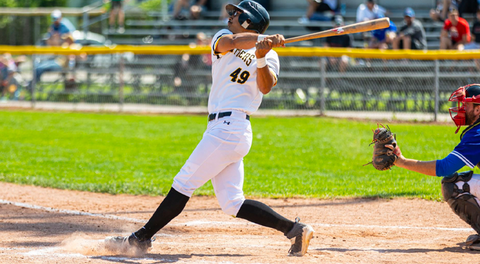